At the present time, Nicola Sturgeon has only a one track mind. In effect, she has an independence agenda which is hypocritical to say the least. However, here we see Nicola Sturgeon sit on the command of Ruth Davidson.

To begin with, Sturgeon wants Scotland to break free from England and be an independent country. However, all she spouts on about is wanting to be a part of the European Union (EU).

So, what exactly does this mean? Well, it means that she and her anti-English cronies want a divorce from England so they can marry the Europeans. So, as well as a leading Scottish politician, Ruth Davidson, we say Nicola Sturgeon sit down please. 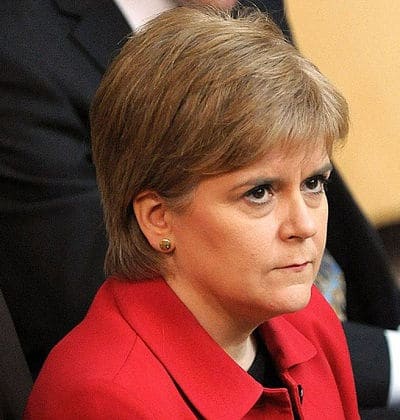 Moreover, and rather alarming, the anti-English, almost racist language is hid behind this secret agenda. Firstly, the Scottish people have voted to remain part of the union we know as the United Kingdom of Great Britain and Northern Ireland. Secondly, the people of the people of the United Kingdom have voted to leave the European Union. Of course, all matters are confirmed through democratic referendums. 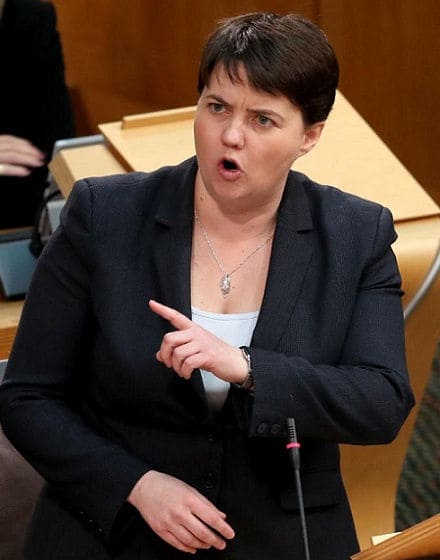 Now, what do you say to Nicola Sturgeon when she insists on spouting off to promote her agenda? In this case, Scottish Conservative and Unionist Party leader, Ruth Davidson has the answer.

In fact, as the Scottish parliament held an independence debate in March, Ruth Davidson’s patience snapped. Surprisingly, as Sturgeon rose to rudely interrupt Ms Davidson’s speech, she was duly told to “sit down” by Davidson. In brief, Sturgeon had interrupted previously.

But, Davidson’s response on the second occasion was, “Sit down… I think I’ve answered the First Minister’s question, I will not take another intervention.” Good on ya Ruth, its about time these traitors had their feathers clipped.

The look on Evil Jimmy Krankie’s face when told to sit down is priceless.

Shut up or put up

To sum up, Nicola Sturgeon like all leaders in the devolved areas of the United Kingdom, has a job to do. Obviously, that is to serve the people and not abuse her position for a secret agenda.That would be misconduct in a public office.

Nicola Sturgeon is a funny wee thing, she thinks she can use the devolved powers to further her agenda. However, the people of Scotland will soon see through all this and will soon tell her to sit down and shut the feck up!

To sum up this artice, Sturgeon doesn’t want independence at all. She wants the EU to govern Scotland and that is NOT independence – far from it! Hopefully, the Scotts will wake up and wise up to the hatred coming from these traitors.

This basis of this article was all over the press including The Telegraph.

Finally, you can comment here about Nicola Sturgeon being told to sit down or do so in the Fuckwit Forum.